In this mini-series, we get to know the Principals at Crimson Global Academy.

Meet John Morris, ONZM, our Executive Principal. John’s many achievements include being the Headmaster of Auckland Grammar School for nearly 20 years, running his own education consultancy, and being made an Officer of the New Zealand Order of Merit. John has also represented New Zealand in football as a goalkeeper! John is an academic visionary and looks forward to helping CGA’s students thrive in a digital learning environment.

Give us a picture of a high school-aged you. What kind of student were you? Did you enjoy high school?

I initially went to school in the UK. So I went to a primary school there, and at age 11, in those days, you set the 11 plus exam which decided your future career really. So you pass the exam, you either went to a grammar school, a technical college, or you went to a Secondary Modern in that order. I was fortunate that I got to a grammar school in North England in a town called Bolton just outside of Manchester, and I spent three years in that school before my parents decided that we were going to migrate to New Zealand.

I was a decent student over there, I don't think I was a superstar student at all, I came over to New Zealand and within the first year here, as migrants, you move around and I went to three different schools: Penrose High School as it was, in those days, Lynfield college and then Kelston Boys. It was hard to settle down, but I did manage at Kelston to get into top class, I certainly wasn't the dux of the school, but I did well and moved on to university.

I did enjoy school, I didn't look upon it as sort of, you know, what would make me a success. It was just a matter of enjoying it, being there, making friends, playing a lot of sport - playing football and cricket - and that was really what made my time there happy.

Did you have a clear picture of your path after high school? Was university always the next step?

My parents were very supportive, but never pushed me in a certain direction at all.

What really got me into university was having two brilliant history teachers at Kelston Boys who motivated me to want to do history, to study it, and also to teach it. I think that was probably it - having those inspirational teachers; I don't think all teachers realise what a difference you can make to a person. But because of the really good teaching I had, it inspired me to do it.

What did you see yourself doing after school? Was it going straight into Education?

Yeah, it was going to university first up, and in those days you could apply for what's called a teaching studentship where you got a certain amount of money to go to university and you were bonded to teach for three years after that. So I went in and did my double major in history and geography for a bachelor's and then went on to do a Master's with honours in history. And from there on, I knew I was bonded for five years to teach. I applied for a couple of jobs and got both, and ended up going back to my old school, Kelston boys.

You’ve taught at a number of schools, what’s your favourite thing about teaching?

First of all, it’s meeting some great kids, and also meeting some challenging kids. You'll learn how to become a great teacher, by dealing with the good and the bad. I think the fact that you can make a difference to kids lives, whether intrinsically or just by talking to kids, you know, you can get that sort of input into them.

I think also being in the staff room where you get the opportunity to talk with staff at an intellectual level about the philosophy of education, why we teach classics, why we teach Latin, you know, there's a reason for that, so those sorts of things are really important.

What interested you most about CGA and what made you come on board?

Yeah, that's a good question. I guess it started when I left Auckland Grammar in 2012, I set up my own consulting business and was doing work in a number of schools around Auckland. Jamie (Beaton) asked me to do some work for Crimson on a number of occasions and he wanted me to sign up and become part of it. I wasn't prepared then to do that for lots of reasons. But then he did ask me if I could help him and David (the Chief Operating Officer) get a licence to operate a private online high school.

Well, that's a good challenge, I like a challenge.

So we got the registration file in September of last year and that was it as far as I was concerned. And then Jamie called me back later and said “Well, how about joining as the Executive Principal and help set things up?”

I got involved for a number of reasons. One, it was a challenge again, but also it was innovative and quite creative. I'd done quite a bit of reading on the future education, and I thought, you know, it's probably going to be the way of the future in terms of how you operate a school, not necessarily totally online, but with a blended learning environment, some face to face, and some online.

What skill set do you think students should be aiming to develop during their time at school and uni?

Yeah, I think, can I just rephrase that a little bit, because I think there's an overemphasis these days on skills and on competencies and not enough on actual knowledge. And so to me, knowledge is basic in terms of what the kids need to know.

The changing landscape of the future job market is something often discussed. Do you think the education system is preparing students for the future of work they’ll find themselves in?

In terms of preparing people for the world of work, I think you teach them well, you give them knowledge, you get them interested and inspired and passionate about something, and then they follow their interests into that. It's a world where nobody can predict what sort of job you're going to be in. So to prepare them for that world of work, I think you just give them the good stuff, give them the knowledge. That's important.

This year has seen change across the majority of industries; how have you seen the education space evolve? What elements of that change were positive? Negative?

I think education in New Zealand is constantly evolving, as it is everywhere else in the world. But with a pandemic, I think it's made online learning more respectable, partly because schools had to do something. I think it's probably sped up the change from the traditional bricks-and-mortar into new ways of thinking and new ways of doing things.

It’s probably taken us out of a comfort zone, where we've been teaching like this for 200 years, and there's nothing wrong with that. There's a reason we still teach as we do, because it's successful. But you know, something like the pandemic comes along, and you've got to think “Well, okay, where else can we go?”

I think it's fair to say that what we're doing will just be one part of a massive change in the way that teaching happens. So for example, I think that you're going to have, I think, in the future, teachers who are independent contractors who are experts in their subject and they will just lease themselves out to various organisations. And in a way, that's what we're doing now with some of our part time teachers. We know they’re great teachers; they want the security of being in a normal school, but they also want to be part of us. I think that's going to become more of an organised thing in the future.

Has COVID-19 changed people’s perceptions of online vs traditional learning models? If so, how?

I think it's become more respectable, I think people realise that you can actually learn just as well, and probably faster, in a situation like we have online real time teaching.

But, I don't think everybody's won over by online learning. I know that from our experience, and the kids that we teach, enjoy it. They love the teachers, they love the teaching side of it, the fact that they can do that at home, as well as having to go to school.

I don't think it's an instant and a quick progression, I think it will take time. And you know, we will be successful here if we can maintain the quality. If we don't maintain the quality, then obviously, we don't deserve to succeed, really. And that quality depends upon teachers. So great teachers make a school great, not the other way around.

What key differentiators does online schooling have compared to traditional education?

Well, when teaching in a class of 30, you are a performer - you have a performance to put on. You engage the kids in different ways, you know, and I think that's what some teachers teaching online might miss a little bit, because it's quite hard to replicate that in front of a camera. So I think that's one of the big differences.

In an online environment, when you've got between four and 10 kids, there's no way to hide. Whereas if I'm teaching a class of 35, you know, you can easily have a sleep at the back or whatever, you know, just so an online has nowhere to hide.

The key thing there is that he can give one hour lectures in an online environment, you know, because it's boring and kids won't focus. There are different techniques; quick quizzes, regular testing, breakout rooms to use. So you actually do have to be a bit more organised, a bit more structured as a teacher, you've got to know your stuff.

What it really boils down to is what suits the kids you know, because not every kid learns the same way or wants to learn in the same way. I think the advantage that we have is small classes, brilliant teaching, a great curriculum, and good technology that helps us to do a good job.

In your opinion, are there any common characteristics of high achieving students?

One thing I've noticed with a lot of the kids that we're seeing, the part timers in particular, is that they’re aspirational, they want to do the best they possibly can and get into a great university.

A lot of the really bright kids that I've come across have great empathy as well. I think that having that empathy, that EQ, is part and parcel of being a high achiever as well.

If you enjoyed this piece, we encourage you to explore our other blogs! You’ll find comprehensive academic guides, college admissions resources and more. 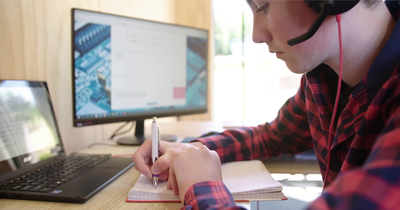 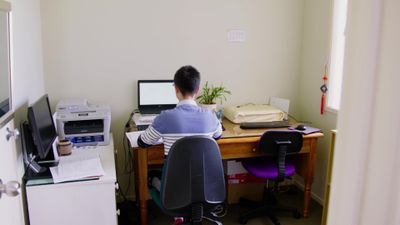 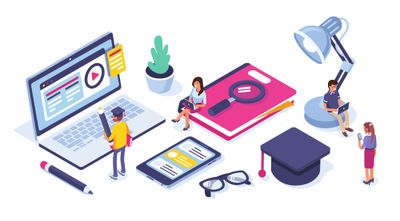 7 ways tech has changed the face of education