When normal school is not enough: Aussie kids sign up to new online high school.

When normal school is not enough: Aussie kids sign up to new online high school.

But that’s not enough to keep the 15-year-old from Wagga Wagga challenged, so she has also signed up to study accelerated maths at a new private, online high school that is offering British school-leaving qualifications to students around the world - and particularly Australia.

“I saw [the online high school concept] had really great potential,” said Mr Beaton, who also runs an organisation that helps students apply for admission to British and American universities. “Outside America, it is really non-existent.

“What we’ve seen is this rapid adoption. I think the drivers are more related to the school system, where there’s a portion of talented students that aren’t catered to.”

There are now 370 students aged between 10 and 18 from more than 20 countries, including Japan and Kazakhstan, he said. New Zealand is the biggest market, followed by Australia. Teachers come from all over, including Australia.

Almost half of the classes are accelerated, and more than three quarters of students attend CGA on top of their physical school.

The students can work towards international versions of Britain’s GCSE and A-Level school-leaving qualifications, or the American Advanced Placement exams, opening doors to universities in the United States and United Kingdom. 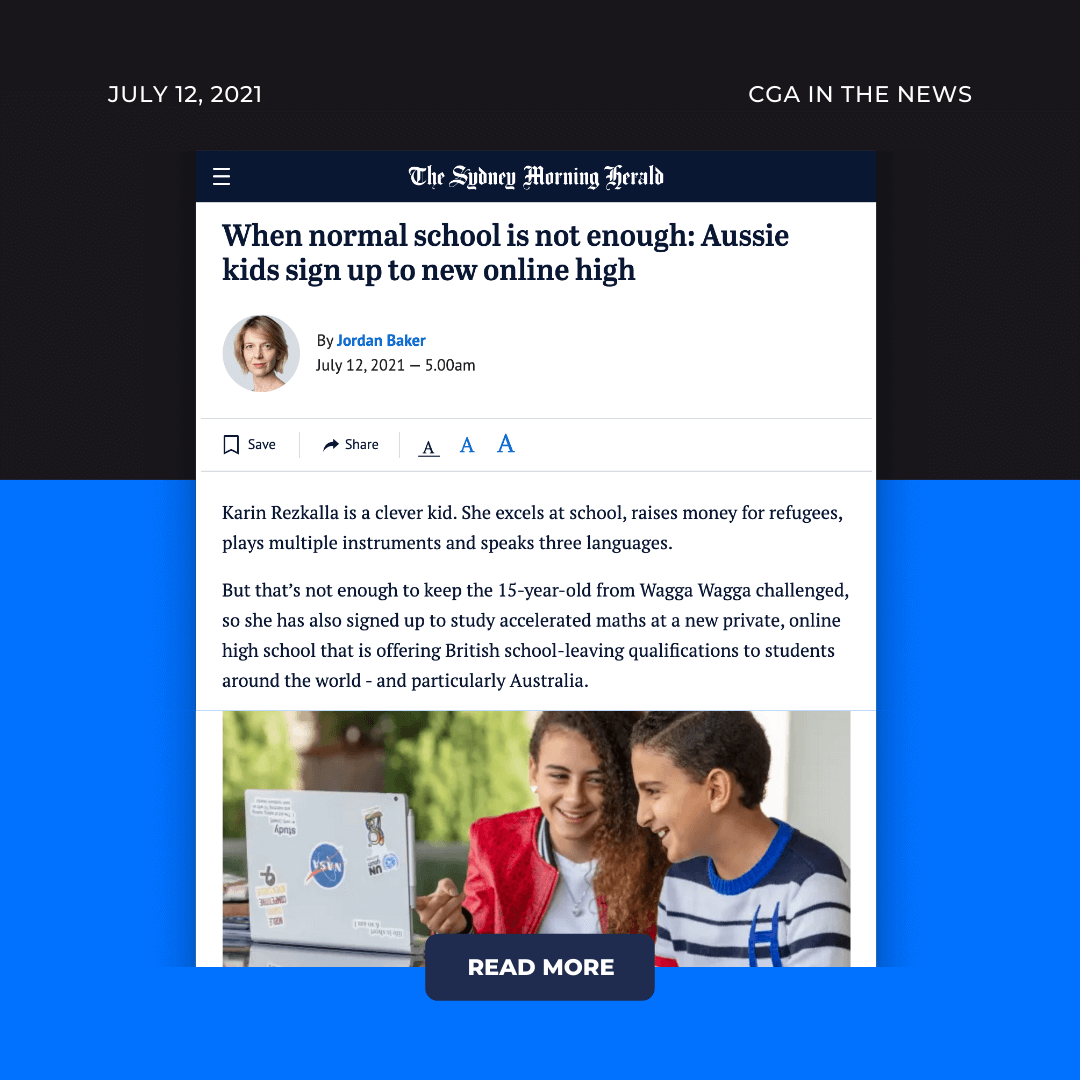 If you are inspired by Karin and want to experience Crimson Global Academy, download our School Prospectus to see if CGA is the school for you.

of CGA students achieved an A in recent A-level exams